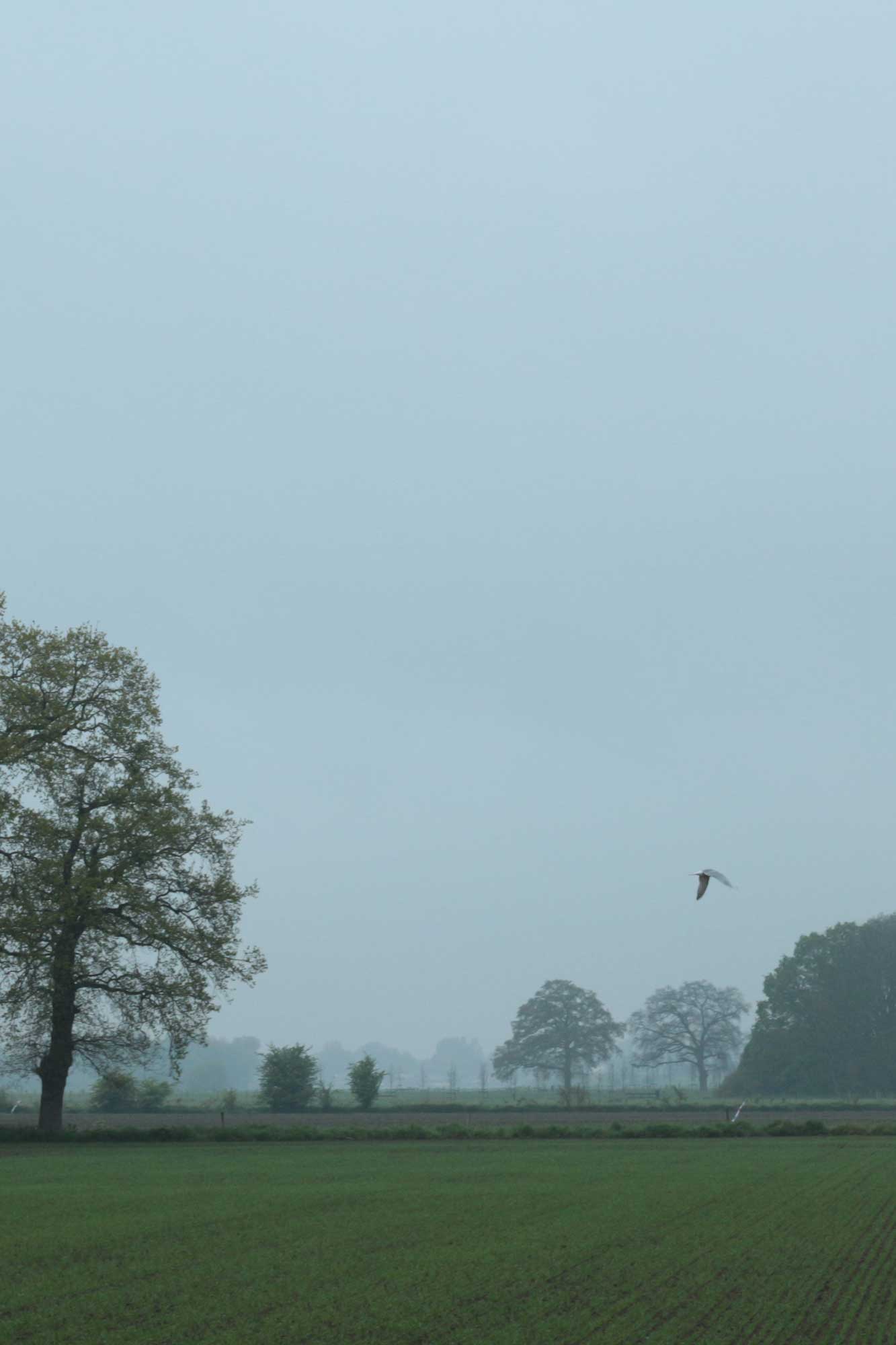 Centre for craft in Deventer


At the river forelands of the IJssel river and near the city of Deventer (NL) a centre for craft is to be located. The centre is accessible from an existing path in a production forest. It is introduced by an open space within the forest with a rammed earth wall. The ensemble of buildings is structured around two courtyards and the functions are organised in such a way that private and public uses can coexist in a natural way.
The building west of the most public courtyard houses a central dining room and shared kitchen. The building south houses a little café-shop, the library and the ateliers for different crafts. The ateliers look out over the river foreland and have space to build outside. The second courtyard consists of an enclosed garden, with a greenhouse on the northside. Three houses for permanent staff are placed at the perimeter of the site, and a separate building in the forest provides eight studios for temporary residents. 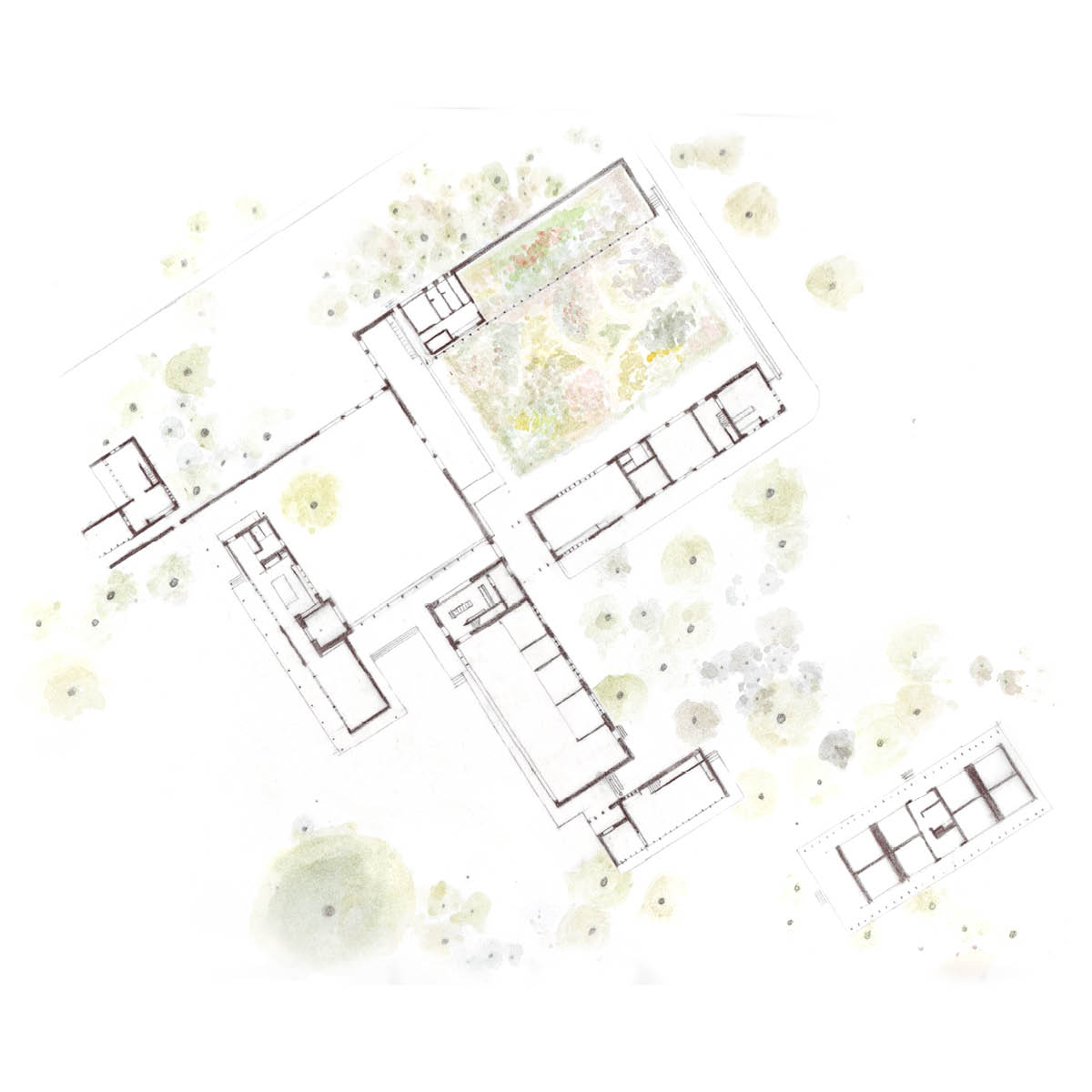 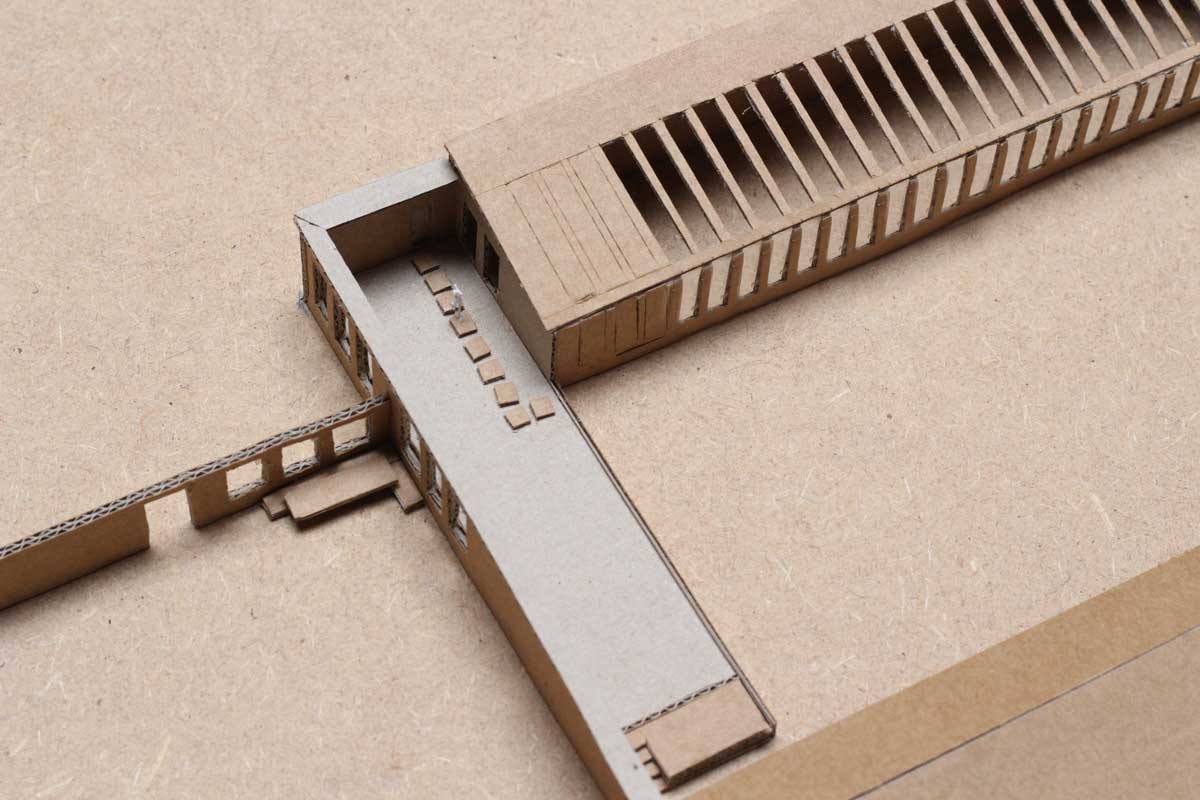 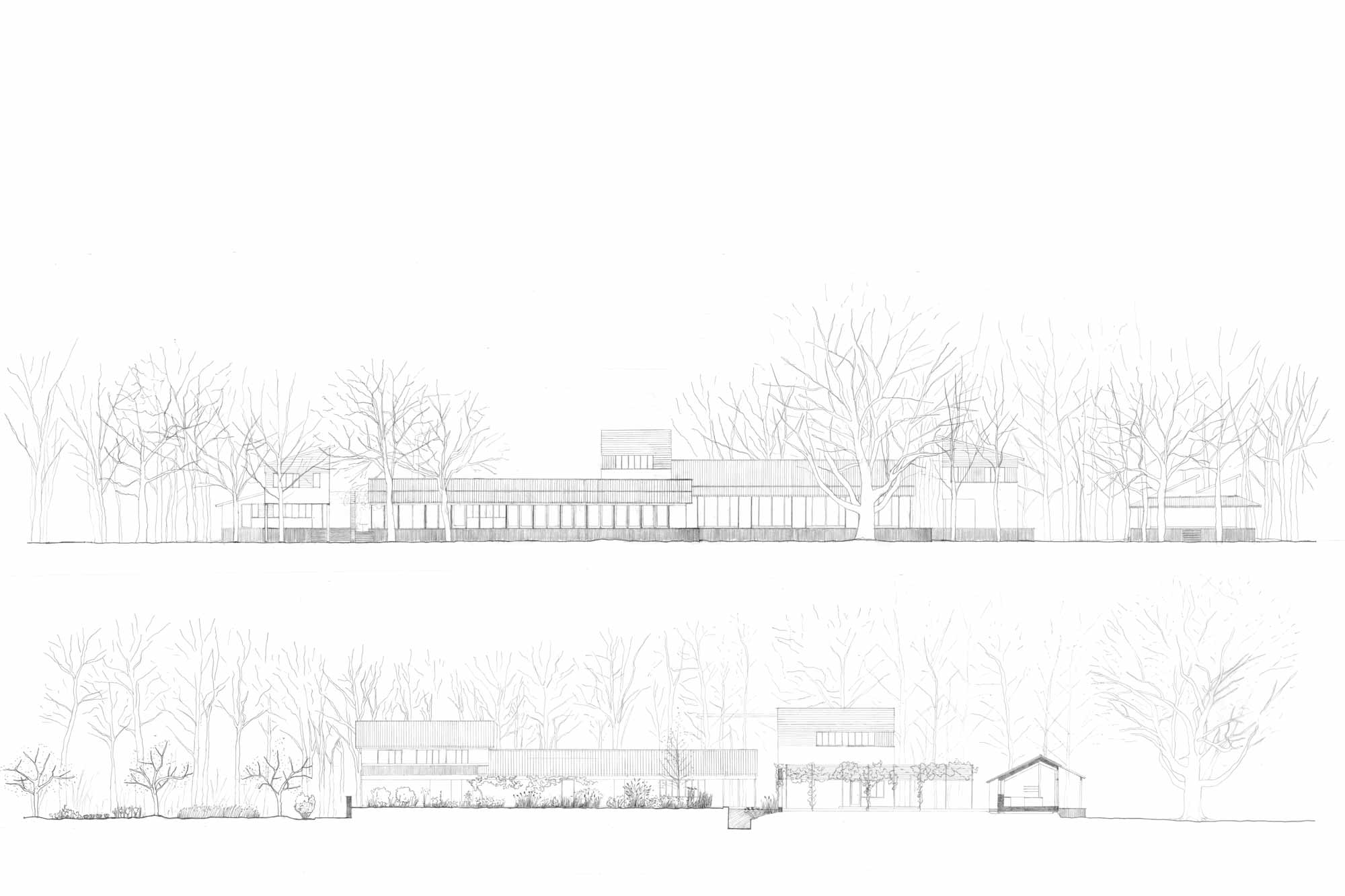 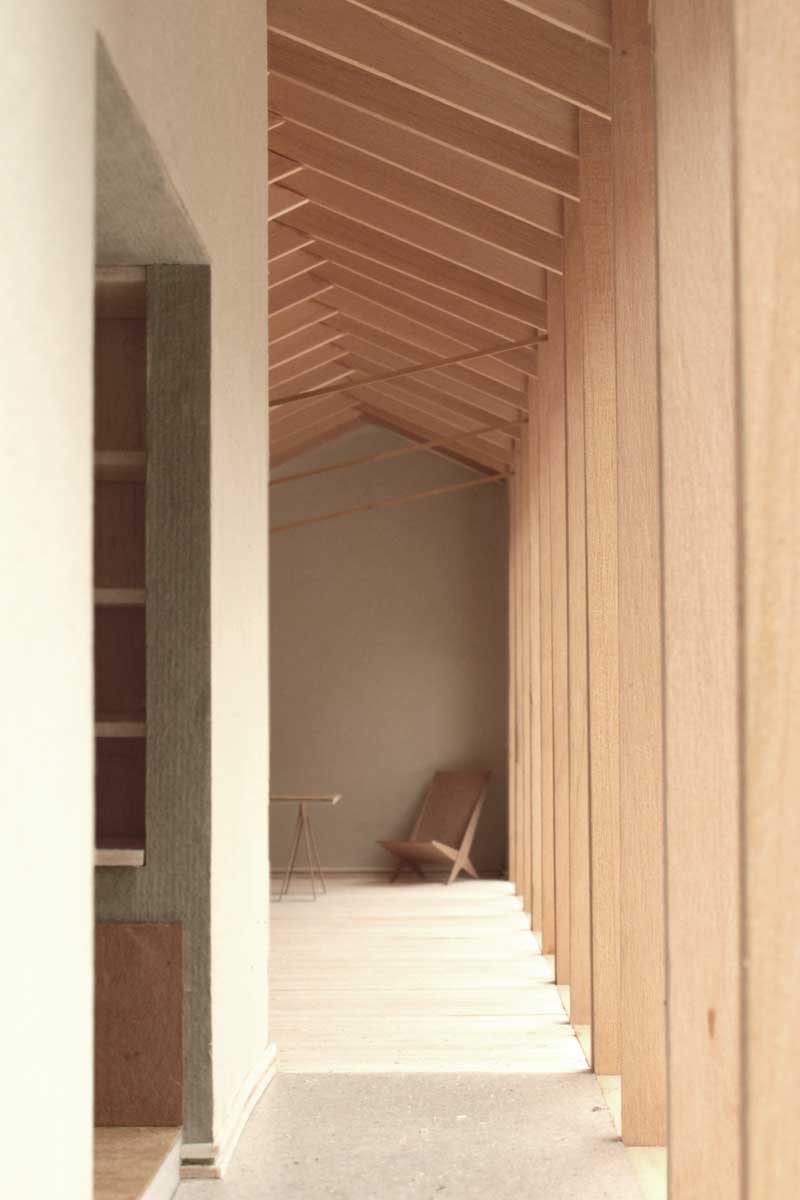 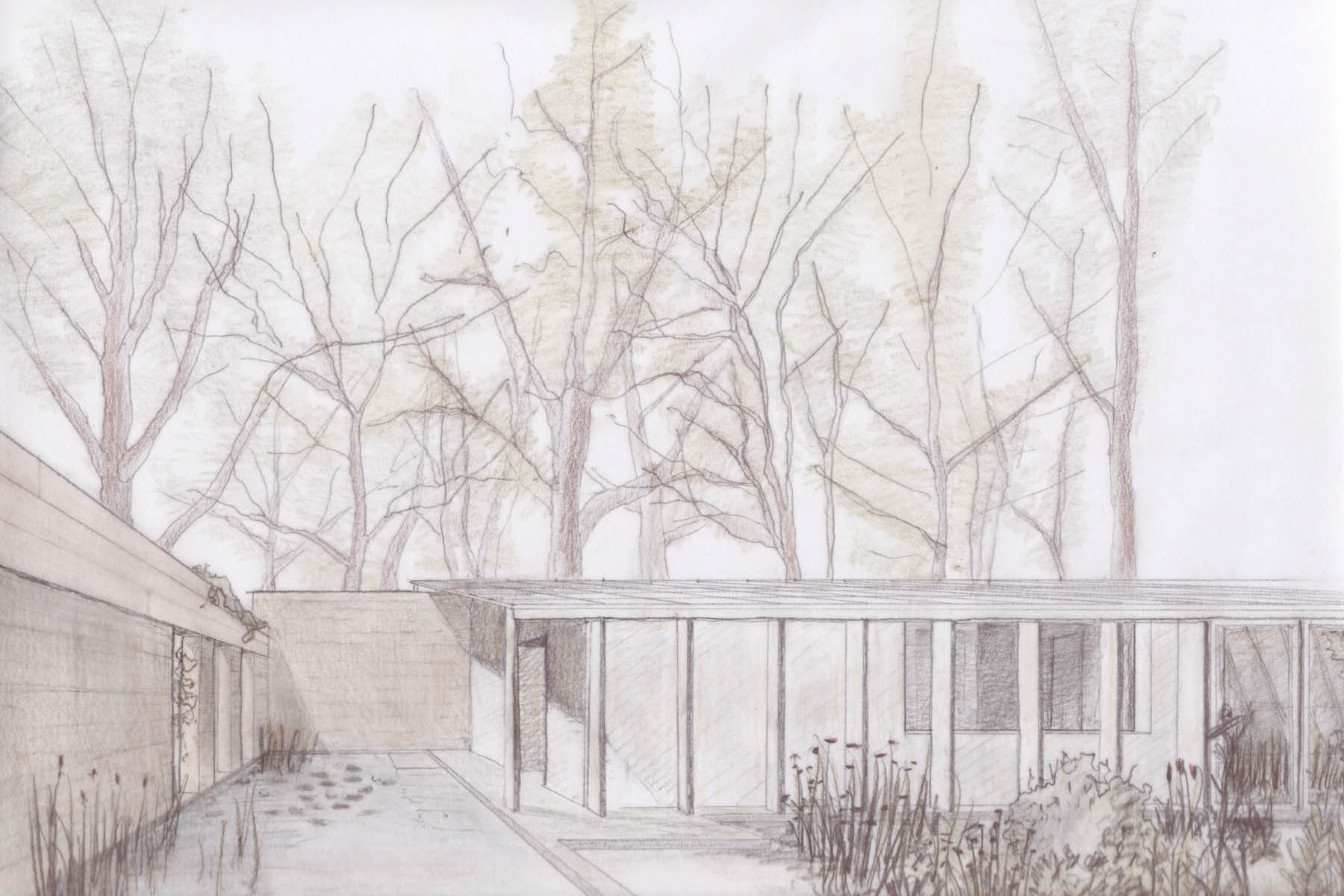 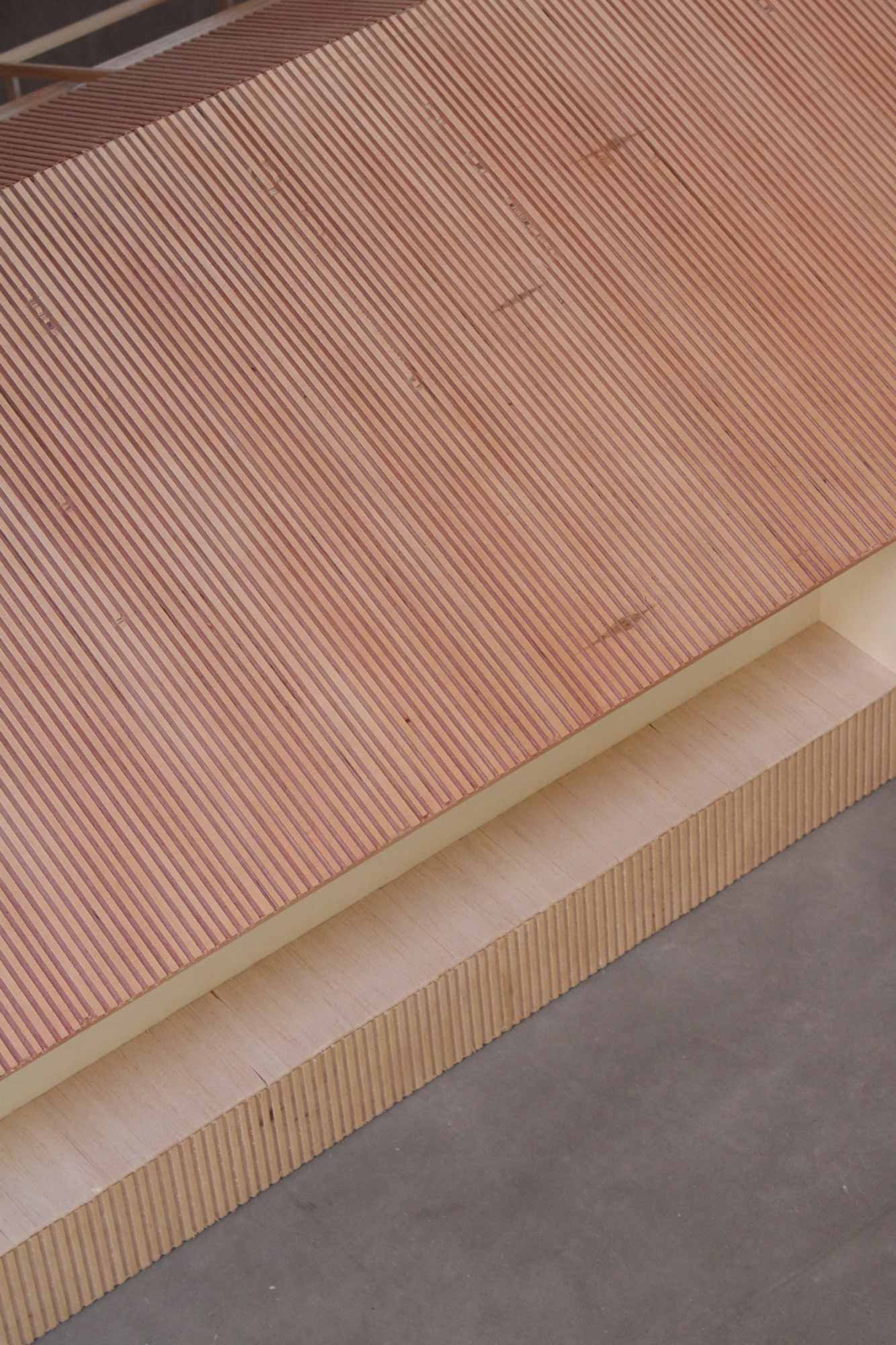